At the end of the year, we usually highlight the hit singles of 2017 as our favorite songs. While “Location” and “Bounce Back” were definitely bangers, we definitely need to give roses to great songs that weren’t singles. Below are the best B Sides of 2017, hidden gems on albums that just didn’t make it to radio as official singles.

It’s funny that one of Drake’s best of the year barely features Drake; he is only on the chorus. English singer Jorja Smith is basically asking for her lover to not be trife and for them to get their shit together and make the relationship work. Drake tried several times to mix Euro club music and island sounds on More Life and this was his most successful attempt.

I got good heart, good soul, good sex
No stress, next for me is best
Don’t you run your mouth ’cause in this song I say it best

No pun intended, but I personally love this song. All cheese aside, the recurring theme of SweetSexySavage of independence and growth through pain was most prominent on this song, becoming one of my anthems of the year.

It ain’t no Backwoods on this side of town
Wanna ride with me to get some more?
Pick a couple of Wild Irish Roses

“Wild Irish Roses” was my favorite introduction track of 2017 because it set the tone of the album perfectly. The casualness of the Backwoods, the Wild Irish Roses and making a girl feel like she’s the only one there ran throughout the entire album.

“Don’t Get Too High”-Bryson Tiller, True To Self

Damn shawty, you know love not the same way I do it
I’m the only drug you need to get you through it

Of course the beat goes hard on this song, but I love the contradictions of the lyrics. He’s asking this woman not to do all the things he himself does (getting high, partying, being selfish). It is a party song which is really an examination of the male’s mind.

Can you feel this energy?
This is the start of something great
We might… be a little late… hey
Hey, but at least we’re on our way 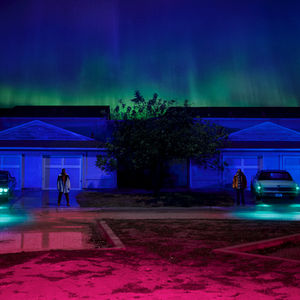 Big Sean is known for having his signature inspirational song on each album (I Decided. had “Bigger Than Me”). However he also included an ode to this mother which is the best song about a mom since Kanye’s “Hey Mama.”

While non singles “Dress” and “Getaway Care” are getting the most attention off the album “reputation,” “Delicate” needs to get its due. What’s best about this song is its simple lyrics.  Its not a complicated story that only Taylor could tell, it is just about a girl liking a guy and not wanting to reveal too much to scare him away, a position that everyone has been in.

Check out all the songs in the playlist below.