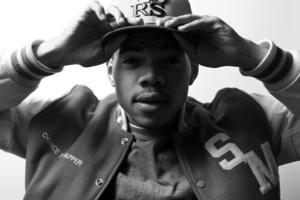 Chano hopped on Genius to give more information about his verse on “Ultralight Beam” the opening track from Kanye West’s new album “The Life of Pablo.” He wrote some of his own annotations. For example, for the line

Know what God said when he made the first rainbow
Just throw this on the end if I’m too late for the intro.

Chance explained the “Ultralight Beam” was originally going to be the outro.

Chance also cosigned many of the current annotations on the song.