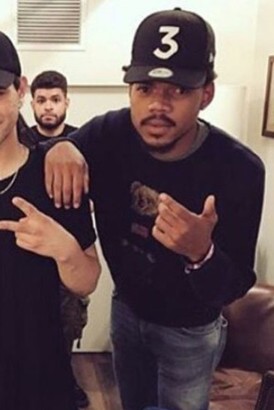 Chance The Rapper loves Ralph Lauren Polo: the brand is part of his everyday wardrobe. He wore a Ralph Lauren sweater on the cover of Coloring Book and wore the same sweater during several television appearances. His also wore the Ralph Lauren Polo Bear sweater several times. Originally released in the ’90s and then apart of a special release in 2013, the sweater is available again at several retailers, including Polo, Urban Outfitters, Macy’s and Bloomingdale’s for $395.

There is also a new version of the sweater for 2017 that is a nod to the iconic scene from Singin’ In The Rain. This sweater that has a design in the front and back in available at Macy’s, Polo and Bloomingdale’s.

I think these sweaters are beyond cute and worth the investment. It also reminds me of my childhood and my little brother’s obsession with Polo. Grab this and don’t worry about wearing a sweater just to keep warm.