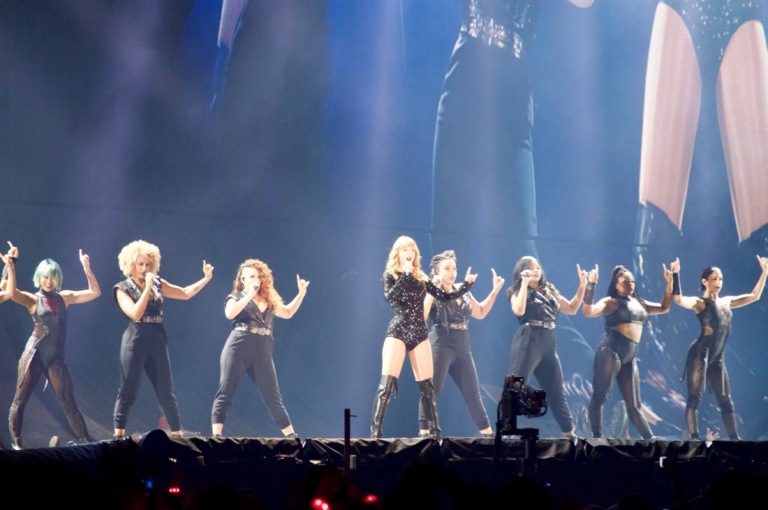 All photos by Ariana LaBarrie/fresh pair of iis

Taylor Swift brought her reputation Stadium Tour to Ford Field on Tuesday. Despite this being her first official, all stadium shows tour, this was her fourth time headlining Ford Field, bringing her tour here since the Speak Now tour.

Charli XCX kicked off this girl power tour with “Boom Clap,” commanding attention even though people were still trying to find their seats. Her brand of party music set a great vibe for the show and her energy was contagious.

Camila Cabello came out next repping the home team by wearing a Detroit Lions’ Jersey with her last name on it. Her vocals and performance showed why she deserved Artist of The Year at this year’s VMAs. 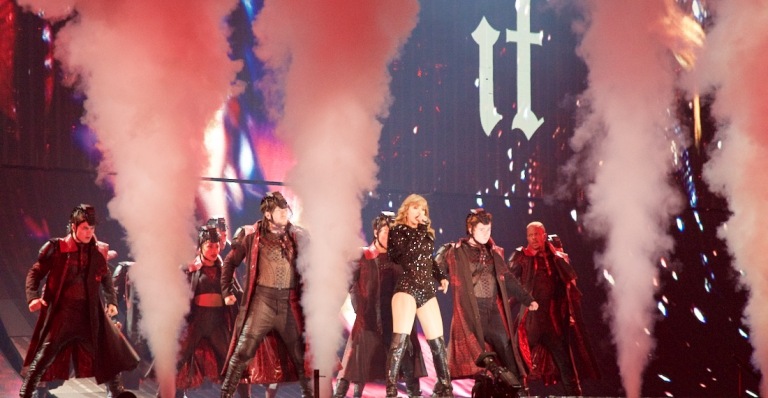 I’ve never been to a Taylor Swift show before, but I obviously seen clips on YouTube, so I thought I knew what to expect. I. Was. Totally. Wrong. It exceeded all expectations I had. As a person who loves concerts, but also has a lot of knowledge of the music industry, I thought the production value was amazing. The two B stages are bigger than the 1989 stage, which I already thought was massive. The main stage is huge, and when it plays images, they look 3D, as if snakes are hissing off the screen. How she smoothly got to one stage from another (sometimes via snake, sometimes a lit up ball) was seamless, and even the confetti being little Taylor Swift newspapers was so cute. The attention to detail was amazing.

If you are a fan of the reputation album, you will be pleased that she performs all songs off the album except “So It Goes…” She also performs some of her classics like “Blank Space,” “Love Story” and “Blood,” the latter two being medley or mashups with other songs.

As what has become a tradition during this tour, she played a surprise acoustic song on the B-Stage. You can see all the songs so far, (I’ve been keeping track) here. This time around it was “Jump Then Fall,” a bonus on song the Fearless: Platinum Edition album. As someone that became a Taylor fan during the Fearless era, I remember listening to this song on repeat on my iPod so it was great to see it performed acoustic for the first time.

While reputation is about revenge and trying to outrun preconceived notions about you, the show’s penultimate performance ended on a sweet note with “Call It What You Want,” showing that your reputation doesn’t matter with the right people.

While Taylor is a huge star, she expressed gratitude to everyone who made this tour possible. She also said kind words about Aretha Franklin and held a moment of silence for her in Aretha’s hometown.

While Taylor has been in the business for over a decade, I’m still very much excited for what’s to come next.