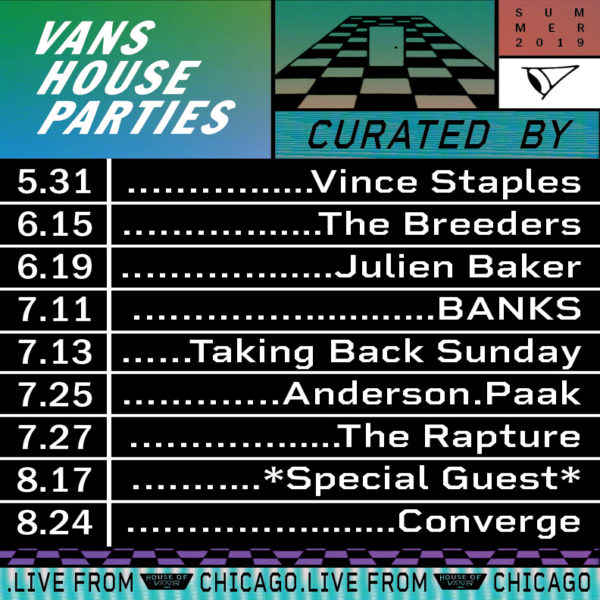 House of Vans Chicago is hosting a summer concert series. The shows are free, and actually feature pretty big names, like Vince Staples, who just finished his tour (you can see my pictures here) and Anderson .Paak who is going up on tour this summer. Each of the headliners pick out the rest of the line up for the night, which would be a great way to discover new music. In order to get free tickets you must  RSVP, with the list opening about 2 weeks before the performance. You can RSVP here.

House of Vans are skate parks and community spaces with locations in Chicago, Brooklyn and London.

I was first introduced to House of Vans at the 2016 Pitchfork Festival where they had a pop up event where you built your own record player, which was a lot of fun to do. I’m very excited about this concert series. Not only would I love to see Anderson .Paak, Banks and Vince Staples again, but in general I just love pop up events because I feel like they are a bit more interactive than the average concert.