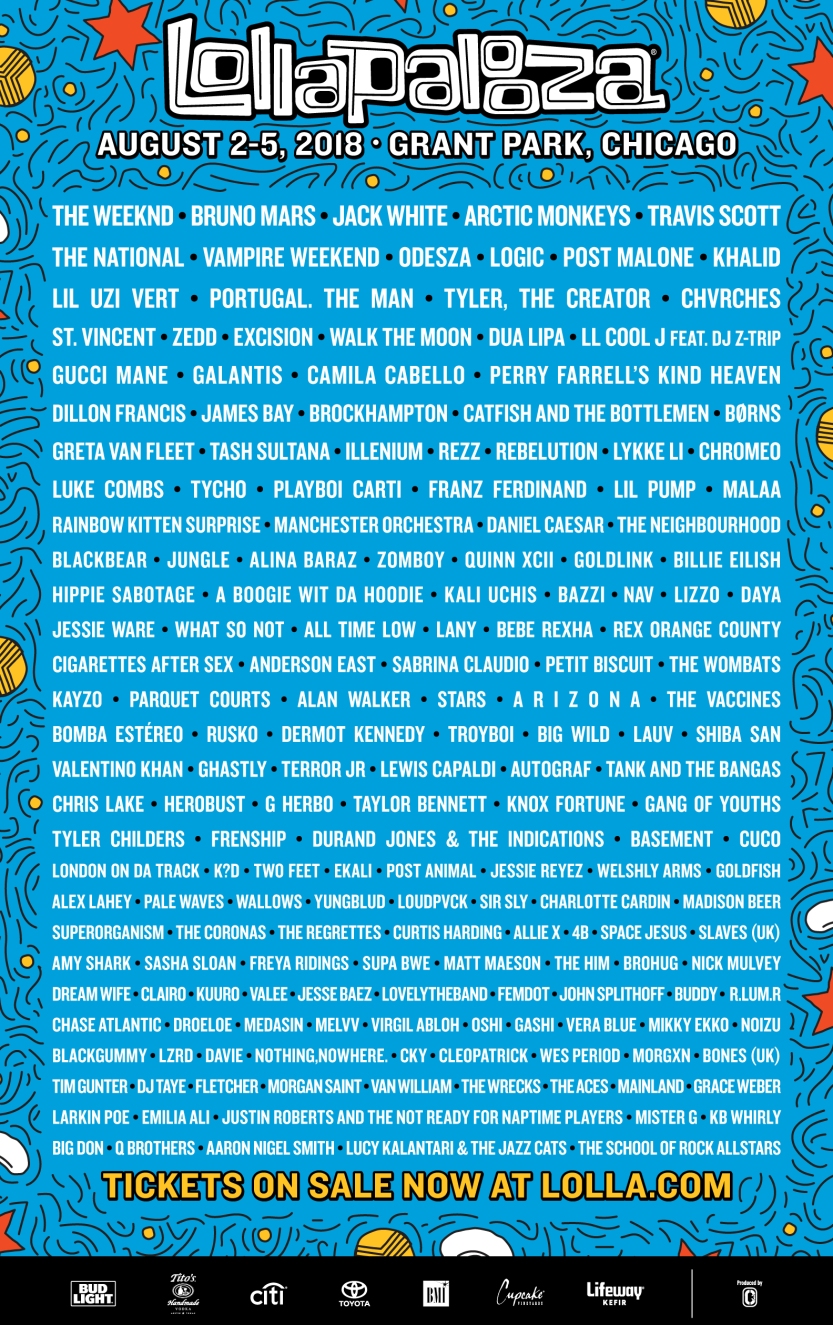 Lollapalooza caught a lot of flack this year by not having any female headliners (the first female’s name, St. Vincent, doesn’t appear until the fourth line of the poster). However, while many people will flock to see female acts like Camila Cabello and Dua Lipa, there are some other female acts further down the poster that should definitely be checked out.

I spoke about Sabrina Claudio earlier in Acts Should Do A Lollapalooza After Show. I think she is going to be one of those acts that will be big and you wish you were at her Lolla set before other’s put you on to her. This is probably one of the sets I’m most excited for.

Okay, I admit I’m not super cool and I first heard about Lykke Li after Drake sampled her on “Little Bit” on So Far Gone. But I have since heard other songs from her and I think she will have an edgy set that will differentiate herself from a lot of the pop and rock acts that are playing the festival.

I had only heard of Alina Baraz after someone told me that they were excited to see her at Lolla. After checking her out, she’s definitely the brand of drowsy, moody R&B that I love and will be great for chilling during an afternoon set.

Jessie Reyez is one of the unsung heroes in the music industry; she cowrote many of the songs on Calvin Harris’ “Funk Wav Bounces Vol 1.” I loved her solo song “Hard To Love” that closed out the album, so I’m very much looking forward to her set.