This summer, House of Vans has been hosting Vans House Parties, free concerts and instillations curated by acts like Vince Staples, Anderson.Paak, and last night, Banks. Banks’ party included a poetry instillation by Jillian Banks (Banks’ full name), a DJ set by Anna Lunoe and a performance by Samoht. 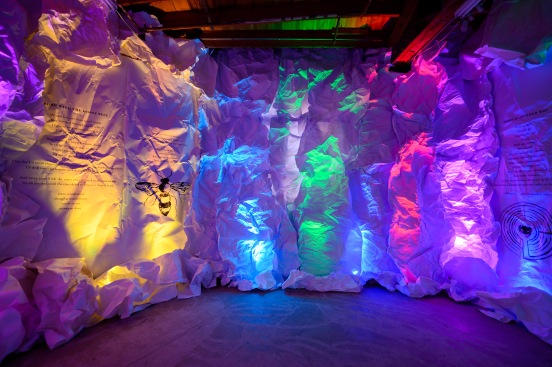 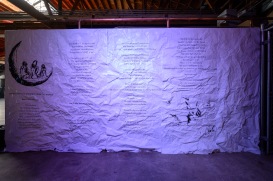 I’ve never been to the House of Vans space before, and wasn’t sure if you was going to be your traditional general admission venue or more of a skate park feel. It was actually neither: it was open concept, loft like space with half pipes, a backyard and little pockets of different artistic spaces. Banks poetry instillation featured large crumbled up pieces of paper with her words and original artwork. They were giving out free t-shirts, water and beer. Signed vinyl and CD copies of her newest album, III, that wasn’t even released until midnight that night were available to purchase for $15 (CDs) and $20 (vinyl). I definitely picked up a vinyl as a souvenir.

While it was easy to just chill in the space, the energy exploded when Banks came on stage. Opening up with the song that put her on the map, “Waiting Game,” she showed her growth by exploring her whole catalog of songs, including songs off her new album “III.”  A highlight of the night was Banks allowing the crowd to take over on songs like “Drowning” and “Fuck With Myself.”

When Banks closed the show with “Gimmie,” her new album was released and available everywhere. It was exciting to start a new chapter with an artist in person.

You can check out the set list, Banks’ new album, and House of Vans’ summer lineup below